I won't make this long because the last thing anyone, if they're even reading this, wants to do is read 5 pages of coaching scouting reports.

So here's my list of possible candidates to become the new Green Bay Packers defensive coordinator. Some names mentioned by many and some I went a little....wild card with.

Jim Leonard: The Wisconsin Badger defensive coordinator seems to be number one on many, but not all, Packers fans wish list. Just because he is a disciple of Mike Pettine doesn't necessarily mean he will do EVERYTHING like him. Sean McVay made a call last year. Could Matt LaFleur?

Wade Phillips: Another popular name amongst Packers fans. Wade and Matt worked together when they were with the Rams. With Phillips, the Packers could stay with the 3-4 scheme. But does LaFleur go younger? Or with a veteran, who was in the hunt to be the head coach of the Packers in 2005 a long with Sean Payton and Mike McCarthy

Kris Richard: I'm struggling to find why this former defensive coordinator and one time head coach prodigy doesn't have a job. With his work in Seattle and Dallas and his work with the secondary and defensive backs, makes this look like a good pairing. At least for me.

Jerry Gray: He's the current defensive backs coach for the Packers but has had two stints in his career as a defensive coordinator. If LaFleur wanted to promote from within, he could be candidate number one.

Mike Smith: Speaking of promoting from within, Packers outside linebackers coach Mike Smith would be another option for LaFleur. His work with Dee Ford in Kansas City, the Smith Brothers and Rashan Gary in Green Bay can't be ignored.

Kacy Rodgers: The Tampa Bay Buccaneers defensive line also put some consistent pressure on Rodgers and was the best in the league at stopping the run. Perhaps taking a look at their defensive line coach would be something that intrigues LaFleur.

Kri Kocurek - Over the last couple of years, the San Francisco 49ers have had a pretty dominant defensive line. Considering Kocurek worked with LaFluer's good friend Robert Saleh, LaFluer could get a good idea if the 49ers defensive line coach would make a good coordinator.

Johnny Holland: Hey! A former Packer! OK, that's not the main reason. Holland has been the run game specialist/outside linebackers coach with the 49ers. He also spent some time with LaFluer when they were together with the Houston Texans.

Chris Hewitt: The Ravens have some talent in that secondary, so perhaps a call to their  pass defense coordinator could be in play here. Plus, we know Green Bay hasn't been afraid to look at bringing in former Ravens defensive players. 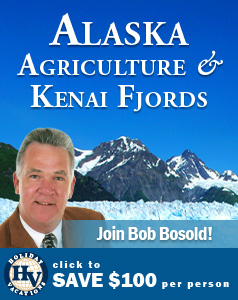